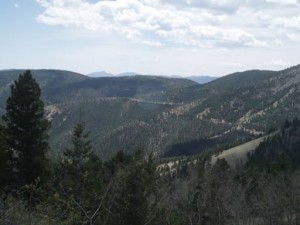 Led by Ladd G.
This was our second trail for the day, having run Bunce School Road earlier in the day. We started near the Gold Hill end of the trail, and went into Gold Hill to take a look. There wasn’t much there, so we headed back to the trail. About a half-mile…
Join Us!
If you aren’t a Member or Subscriber, you can’t see all of the content on this site. Get membership information to see why this site is best when you join and log in