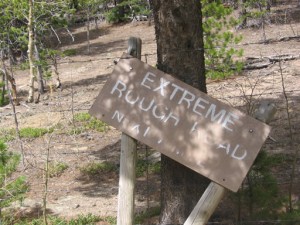 Led by Ladd G.
This was our third trail of the day after Bunce School Road and Switzerland Trail. It was very easy, but it was scenic. We were unable to find anyplace to need to drop to four-wheel drive, much less four-wheel low. We did not see any other vehicles on this trail,…
Join Us!
If you aren’t a Member or Subscriber, you can’t see all of the content on this site. Get membership information to see why this site is best when you join and log in