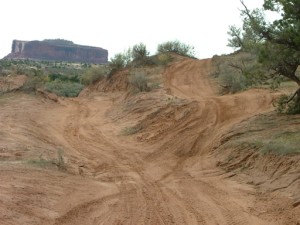 Led by Monica I.
We were trying to find the 3-D trail when we accidentally turned down the Monitor and Merrimac Trail. It ended up being a nice diversion, with lots of interesting things to see. The best part was probably the long, straight sandy area. We knew right away that we weren’t on…
Join Us!
If you aren’t a Member or Subscriber, you can’t see all of the content on this site. Get membership information to see why this site is best when you join and log in