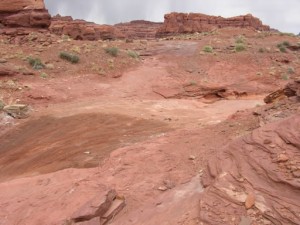 Led by Mike S.
We hit the trailhead after running Chicken Corners and were immediately lost. There were apparently a lot of people that had made the same mistake as we did because we were on a well traveled trail but it soon dead ended. The side trip wasn’t a total loss however, as…
Join Us!
If you aren’t a Member or Subscriber, you can’t see all of the content on this site. Get membership information to see why this site is best when you join and log in