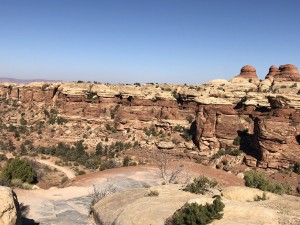 Led by Matt K.
Elephant Hill was the first trail we ran for the fall Moab trip. It was a long drive to get to Elephant Hill, but it’s well worth the drive. We aired down in the parking lot next to the trailhead. The parking lot was very full of cars with people…
Join Us!
If you aren’t a Member or Subscriber, you can’t see all of the content on this site. Get membership information to see why this site is best when you join and log in