We had discussed doing different trails, but it was getting late and many people in the group hadn't seen Boreas Pass before. So we finished the Twin Cone trail and worked our way from Kenosha Pass to Como to run Boreas Pass up to Breckenridge. With all of the rain we'd had, everything was green and lush. It was a gorgeous trip.

The trail on the south side of the pass was smooth, almost like it was paved. An SUV or car with decent clearance would have had no troubles at all. Still, we really enjoyed the scenery as we climbed. We were following an old railroad bed so it never got very steep or twisty.

We were soon at the top and everyone got out to read the signs and explore the old town of Boreas. It had been restored and it was maintained on a regular basis, so it was all very nice. There was a sign that said that the main building was staffed during the day, but we had missed the hours it was open.

We hung out for awhile, and then we decided to air up and reconnect our sway bars there instead of in Breckenridge. The road had been so smooth that it wouldn't matter, anyway. Jeffrey headed on without us as we aired up, taking our time.

Naturally, the road turned bumpy and full of potholes on the other side. We regretted airing up so early, but it wasn't too bad. We followed a few cars and trucks on the way out, but otherwise it was a pretty easy trip. We also found a big parking area at the Breckenridge side that would have made a nice air-up spot. Oh well, next time.

From there we headed off to Idaho Springs for dinner. About half of the group had expected an overcast day and didn't wear enough sunscreen so they were pretty sunburned. Everyone in the group was happy to have had such a good day. It was a great start to August! 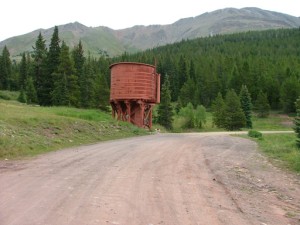 Led by Monica I.
We started the day with Boreas Pass, followed by Georgia Pass and Webster Pass. We ended up crossing the Continental Divide four times (including the initial pass through Eisenhower Tunnel). The trail was little more than a dirt road but the old town of Boreas was interesting and we had…
Join Us!
If you aren’t a Member or Subscriber, you can’t see all of the content on this site. Get membership information to see why this site is best when you join and log in