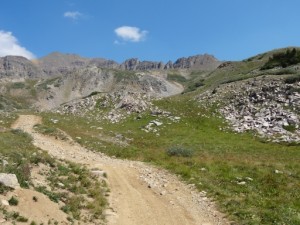 Led by Monica I.
We barely had time to sleep the entire three-day weekend, and our last night was no exception. We’d seen a lot of scenery and played in the mud, so we were looking good. We were still aired down from the previous trails so it didn’t take long to get from…
Join Us!
If you aren’t a Member or Subscriber, you can’t see all of the content on this site. Get membership information to see why this site is best when you join and log in