We did Long Hollow Road right after finishing Dakan Road. Then we were off to do some of the rest of the Rampart Range Road trails. This particular trail turned out to be fairly easy, though it was nice and scenic and an enjoyable ride.

We started at the Rampart Range Road end and the weather was really nice. The sun was actually coming out, after it had been raining for awhile. That meant that there were some really nice puddles on the road.

We found a particularly long puddle and the sun was shining, so it was time to take some pictures. Everyone went through pretty quickly and got some great splashes except for poor Mike who had taken his windows out and didn't want to get all muddy.

When we got to the end we decided to not air up or reconnect our sway bars, and instead we headed slowly down highway 67 to the edge of Colorado Springs and the Garden of the Gods where we were going to pick up Rampart Range Road again at the south end.

It was a nice trail. 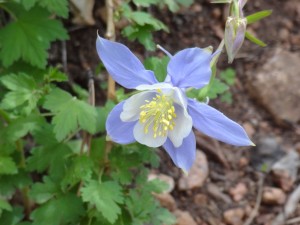 Led by Monica I.
We took Dakan Road into Rampart Range, and we were taking Long Hollow Road to get out on the other side. It had been a long time since we ran it, and we were looking forward to seeing it again. It hadn’t changed much. The road was curvy but easy…
Join Us!
If you aren’t a Member or Subscriber, you can’t see all of the content on this site. Get membership information to see why this site is best when you join and log in