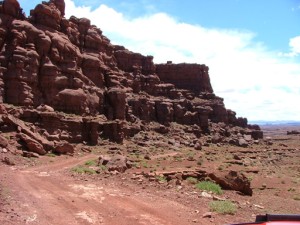 Led by Monica I.
This trail is extremely long but we managed to fit in Hurrah Pass, Chicken Corners and Lockhart Basin and still get back to Moab before dark. The trail was awesome because you really felt like you were in the middle of nowhere, far from civilization. We really got to see…
Join Us!
If you aren’t a Member or Subscriber, you can’t see all of the content on this site. Get membership information to see why this site is best when you join and log in