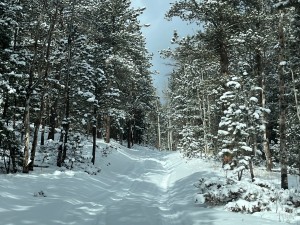 Led by Matt K.
Hotel Gulch was the second trail of the day. We stopped at the beginning of trail for lunch. We ran into one person along the first part of Hotel Gulch.  They pulled to the side, and we went around them easily. Hotel Gulch, just like Cedar Mountain Road, had tracks…
Join Us!
If you aren’t a Member or Subscriber, you can’t see all of the content on this site. Get membership information to see why this site is best when you join and log in