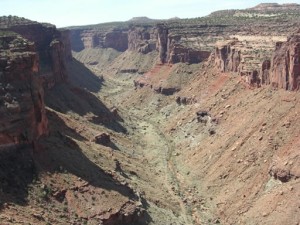 Led by Mike S.
Flat Iron Mesa would be the last trail of this run to Moab for us, and with that in mind we were determined to get as much enjoyment out of it as we could. We aired down next to Highway 191 and were soon on the trail. The air was…
Join Us!
If you aren’t a Member or Subscriber, you can’t see all of the content on this site. Get membership information to see why this site is best when you join and log in