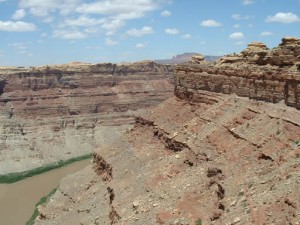 Led by Monica I.
This was our first run for the 2004 Spring Moab trip and we were excited to get going. We decided to make another trek down to Canyonlands National Park. It was a little chilly but it warmed up throughout the day. We paid our entrance fee ($10.00 at the time)…
Join Us!
If you aren’t a Member or Subscriber, you can’t see all of the content on this site. Get membership information to see why this site is best when you join and log in