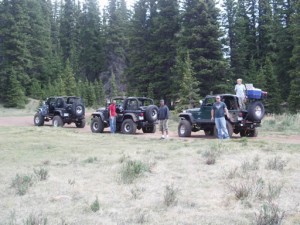 Led by Matt K.
Eagle Rock is a great trail close to Colorado Springs, and a great start to our day of wheeling. The three of us started the trail without any issues. The first obstacle is a sandy hill with big rocks in it. Matt and Terry went first and did just fine,…
Join Us!
If you aren’t a Member or Subscriber, you can’t see all of the content on this site. Get membership information to see why this site is best when you join and log in