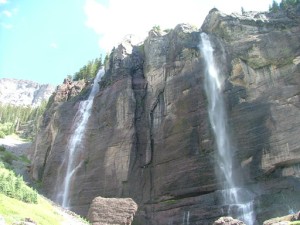 Led by Monica I.
We’d done the loop made by Black Bear Pass and Imogene Pass before, but this time we were blessed with sunny and warm weather instead of chilly rain. We started the day with Bullion King Lake, so we were already in great moods. We started the trail, and clouds started…
Join Us!
If you aren’t a Member or Subscriber, you can’t see all of the content on this site. Get membership information to see why this site is best when you join and log in