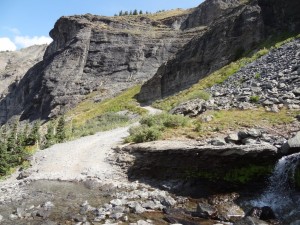 Led by Monica I.
If you’re in Ouray, the “classic” day is to do Black Bear Pass and Imogene Pass in a big loop, and that was our plan.  We met in town and then headed out to the trailhead, airing down when it was still pretty early in the morning.  That would give…
Join Us!
If you aren’t a Member or Subscriber, you can’t see all of the content on this site. Get membership information to see why this site is best when you join and log in