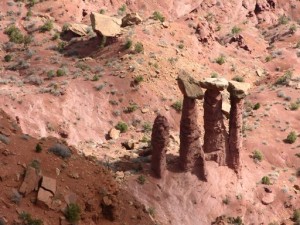 Led by Mike S.
We started out from Denver at 6:30 AM anxious to get to Moab and hit the trails. We got to the parking area at the Dewey Bridge right at 11:30 in spite of the nasty road conditions through the tunnel and over Vail Pass on I-70. After a brief stop…
Join Us!
If you aren’t a Member or Subscriber, you can’t see all of the content on this site. Get membership information to see why this site is best when you join and log in