Some of our group made this trip last year and Walt and Mike knew they just had to see it for themselves this year. After a short drive up the switchbacks on Bunce School Road we were at the trailhead of the T-33A Plane Crash.

Heading up the trail started as an easy trip, but it got progressively harder as we climbed. There were a couple of rock ledges that Walt wanted a spot over it from Mike just to be safe. Sometimes, when you're on a new trail things can look a little intimidating from the driver's seat. Mike, however, made the rocks look easy.

When we reached the hiking trail, we parked and grabbed our cameras. The hike is a short one to the plane crash.

When you first come upon the crash site, it is awe inspiring. There are parts and debris spread up and down the hill with the hiking trail cutting right through the middle. We spent some time there and took loads of pictures.

After seeing the plane crash we headed back down the trail to Bunce School Road in search of a location for lunch. We were glad we went to see the plane crash. 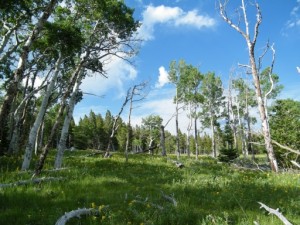