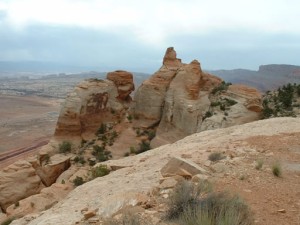 Led by Monica I.
We couldn’t find Sevenmile Rim during our last trip out in October so this time we were prepared. There were 20 points marked in the GPS and we printed out multiple maps and instructions. Armed with all of this we still got lost about three times. There was a good…
Join Us!
If you aren’t a Member or Subscriber, you can’t see all of the content on this site. Get membership information to see why this site is best when you join and log in