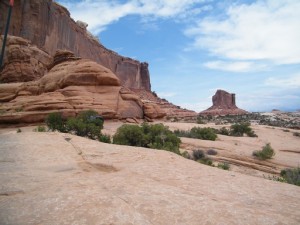 Led by Monica I.
We woke up to a rainy morning, so doors and windows stayed on the Jeeps. When we got to the trailhead it was lightly drizzling. At least it wasn’t dusty. It didn’t seem to make the rock any slicker and it wasn’t too muddy, so it didn’t change things too…
Join Us!
If you aren’t a Member or Subscriber, you can’t see all of the content on this site. Get membership information to see why this site is best when you join and log in