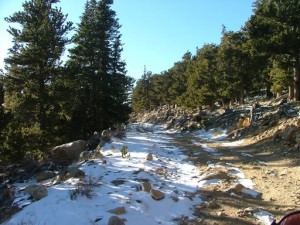 Led by Monica I.
We finished our day with Saxon Mountain, and for many of us it was the first time we had ever been to the top. Normally, we run it after doing Spring Creek and we skip the very top of the mountain. This time, we had time to do it all….
Join Us!
If you aren’t a Member or Subscriber, you can’t see all of the content on this site. Get membership information to see why this site is best when you join and log in