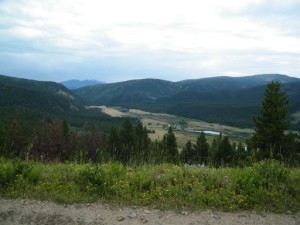 Led by Monica I.
We met in Nederland and we weren’t there for very long before it started pouring rain. It was pretty chilly and wet, but we had high hopes for better weather as the day progressed. It stopped raining long enough for us to air down off of the Moffat road, but…
Join Us!
If you aren’t a Member or Subscriber, you can’t see all of the content on this site. Get membership information to see why this site is best when you join and log in