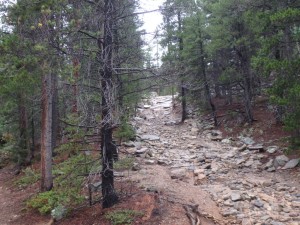 Led by Monica I.
We planned on camping for the entire weekend, but things came up and everyone canceled.  When we got to the meeting place in Black Hawk, we all agreed that it was a lucky break.  It was chilly and raining, and camping wouldn’t have been as much fun as it usually…
Join Us!
If you aren’t a Member or Subscriber, you can’t see all of the content on this site. Get membership information to see why this site is best when you join and log in