Trail Run on May 18, 2012
Report and photos by Monica I., Trail Leader
View trail information for Onion Creek

Monica and Eric joined the group in the morning and we all headed out to Onion Creek. It was a big cloudy and windy but not too bad. It was a nice drive on the pavement to the turn-off where we aired down.

Onion Creek was mellow and the water crossings weren't very deep. We stopped at a wide spot to stand in the water and enjoy the scenery. The water was barely cool, almost room temperature. Summer came early to Moab. While we were there, a group went by with Fred in a long line of Jeeps. We'd spend more time with them by the time the day was over, but this time they passed us as we hung out at the water.

It was really nice on the trail, with perfect temperatures and big scenery. We had plans to do Onion Creek along with Rose Garden Hill and Top of the World, so we turned at the Rose Garden Hill trailhead when we got there.

We ran across Fred's group again as they were taking a break. They let us pass this time, so we got to the base of Rose Garden Hill before they did. They soon caught up and we were all parked at the bottom of the hill.

The hill has really changed since we were there last. It's very dug up, making the ledges much bigger. Someone from Fred's group went up the hill first and he had trouble finding a good line in many places. He made it up eventually, and we broke for lunch to watch the action.

About half of Fred's group went up the obstacle and we watched as none of them had an easy time doing it. We decided not to split up our group, so we changed our plans. Mike went up Rose Garden Hill, and then turned around and came back down it. He said it was tough, so we'd have to try it again when we have a different group. There's always more to do!

After lunch we headed back out the way we came and drove out to the granary near the Rose Garden Hill trailhead. We snapped a couple pictures but didn't get out. When we got back to Onion Creek we drove to the end to find Thompson Canyon instead, a new trail for the group. It all worked out just fine. 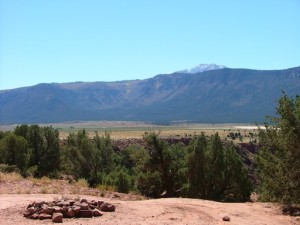 Led by Monica I.
We ran this trail as the first one of our Fall trip to Moab, and the weather was gorgeous. We were surrounded by reds and greens, with a nearly cloudless blue sky above us. We started out trying to not get muddy, but eventually we just gave up. There was…
Join Us!
If you aren’t a Member or Subscriber, you can’t see all of the content on this site. Get membership information to see why this site is best when you join and log in