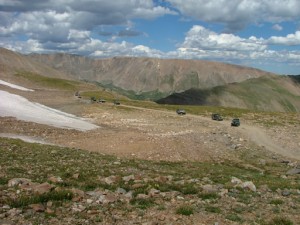 Led by Monica I.
We were really looking forward to running Mosquito Pass. It’s such a gorgeous trail, and many people hadn’t been on it before. The weather was perfect, and we finished Mount Bross and headed over to Park City and the trailhead. All of the rain we’d had this summer made everything…
Join Us!
If you aren’t a Member or Subscriber, you can’t see all of the content on this site. Get membership information to see why this site is best when you join and log in