Jackson Hole was the last trail that we ran for this Moab trip. Most of the Jackson Hole trail was easy going, but it had some great views. We didn’t see or run into anyone until we were back on the way out and almost back to the beginning of Jackson Hole at the trailhead. 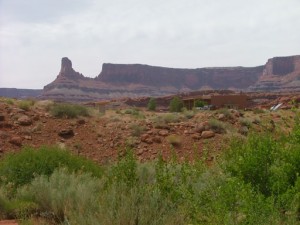 Led by Monica I.
We started Jackson Hole and left Robert, Pat and Dane to work on the installation of Robert’s new fuel pump. Hopefully they would be able to join us on the trail at some point. This was the first time we’d been on Jackson Hole, though we’d seen it a few…
Join Us!
If you aren’t a Member or Subscriber, you can’t see all of the content on this site. Get membership information to see why this site is best when you join and log in