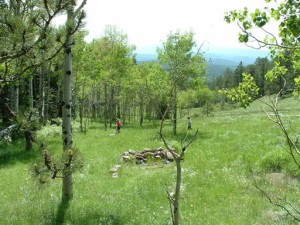 Led by Monica I.
This is already an interesting trail — take 10 vehicles on it and it just gets better. It was also so much greener than it was in 2002 because of all the snow and rain, it barely seemed like the same trail. Wildflowers were everywhere you looked, it was really…
Join Us!
If you aren’t a Member or Subscriber, you can’t see all of the content on this site. Get membership information to see why this site is best when you join and log in