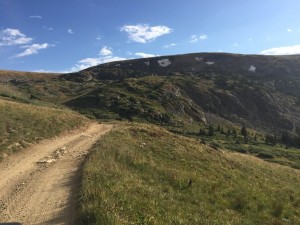 Led by Monica I.
We finished Radical Hill and it was time to relax (relatively), so we turned onto Deer Creek to head down into Montezuma and the pavement.  The sun was setting, and the views were dramatic as we crossed the top of the mountain.  The best views are probably at the top,…
Join Us!
If you aren’t a Member or Subscriber, you can’t see all of the content on this site. Get membership information to see why this site is best when you join and log in