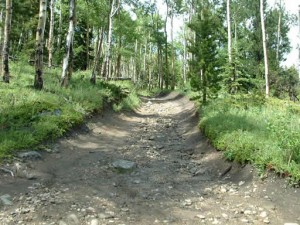 Led by Monica I.
We ran this trail right after doing Moody Hill. It was raining at that point so it was a little hazy and everything was covered in sloppy mud and big muddy water puddles were all over the trail. This trail ended up being very challenging for everyone and we had…
Join Us!
If you aren’t a Member or Subscriber, you can’t see all of the content on this site. Get membership information to see why this site is best when you join and log in