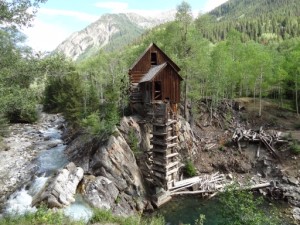 Led by Monica I.
Crystal City is always on our list of favorite trails because of the Powerhouse. We can’t stop taking pictures of it. We were lucky to have gorgeous weather when we were there, and it was just as enjoyable as it always is. We came off of Schofield Pass and headed…
Join Us!
If you aren’t a Member or Subscriber, you can’t see all of the content on this site. Get membership information to see why this site is best when you join and log in