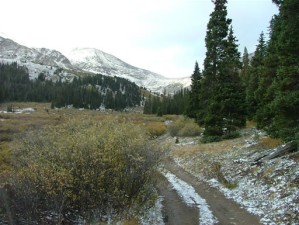 Led by Monica I.
We met Cheryl and Dane at the trailhead and we all headed up together. It had been snowing most of the day and we hadn’t really seen any blue skies, but the weather suddenly changed. It was very nice out and we had some sun as we started up the…
Join Us!
If you aren’t a Member or Subscriber, you can’t see all of the content on this site. Get membership information to see why this site is best when you join and log in