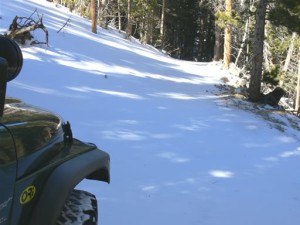 Led by Monica I.
Some of us wanted to get another snow run in and Cascade Creek seemed a good choice. It’s close to Denver in case any breakages occur, and it’s a relatively easy trail with little danger of damage or mishaps if you get bogged down in the snow. We met at…
Join Us!
If you aren’t a Member or Subscriber, you can’t see all of the content on this site. Get membership information to see why this site is best when you join and log in