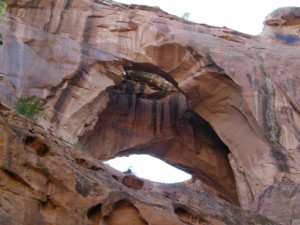 Led by Monica I.
Bull Canyon was our last trail of the day. It wasn’t quite dusk yet but it was getting close. Luckily it wasn’t far to the parking area to go view Gemini Bridges. When we were there last, years ago, you could drive to within a short walk of the bridges….
Join Us!
If you aren’t a Member or Subscriber, you can’t see all of the content on this site. Get membership information to see why this site is best when you join and log in