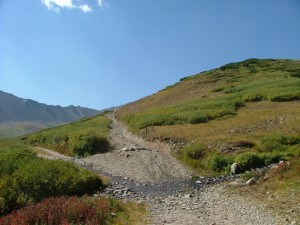 Led by Mike S.
We had a happy group of people as we drove through Georgetown and arrived at the Argentine Pass trailhead. It was enough room for airing down as we watched a number of ATVs start the trail ahead of us. We also fell in behind a lone Jeep driver who we…
Join Us!
If you aren’t a Member or Subscriber, you can’t see all of the content on this site. Get membership information to see why this site is best when you join and log in