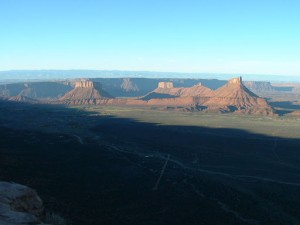 Led by Monica I.
We did this trail after Fins & Things. You have to pay a fee to get into Sand Flats Recreation Area so we wanted to run another trail before dark. It’s a fun one of steep drop-offs and ledges to climb, though nothing is really challenging. The trail is worth…
Join Us!
If you aren’t a Member or Subscriber, you can’t see all of the content on this site. Get membership information to see why this site is best when you join and log in