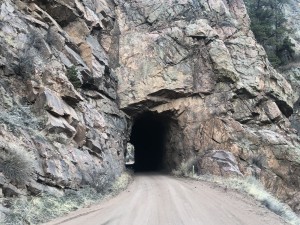 Led by Matt K.
Phantom Canyon was the last trail of the day, and we started it right after finishing Shelf Road. Phantom Canyon was mostly snow free except for the end of the trail by Cripple Creek. The weather was quite a bit warmer near Cañon City than by Cripple Creek. We did…
Join Us!
If you aren’t a Member or Subscriber, you can’t see all of the content on this site. Get membership information to see why this site is best when you join and log in