When you check out lots of other trails along the way, it takes a while to finish Pennock Pass. It was where we started, but we didn't see the end until late in the afternoon. It's a nice, easy drive connecting lots of trails to each other. Moody Hill, Greer Road North, and Hurley took us from it at times, but we ended up finishing it.

There was surprisingly little traffic, considering how gorgeous the weather was. The trail can often be very dusty, but it wasn't too bad. Our trails took us on loops at time that made us skip bits and pieces, but we saw most of it.

Of course, the best part is the western part. We came down the switchbacks with big views of Roosevelt National Forest and the hills and valleys in front of us. It's always an amazing trip. But we reached the end, finally, and had enough daylight to see Pingree Park. This is such a great drive. 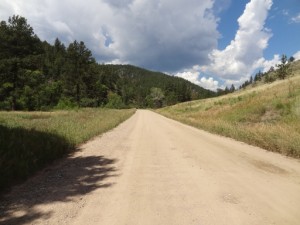 Led by Monica I.
Obviously, we’d been on the eastern side of Pennock Pass many, many times. It was how we got to Moody Hill and Crystal Mountain, along with Ballard Road, West White Pine Mountain, and Monument Gulch. How was it that we’d never been on the other side of the pass to…
Join Us!
If you aren’t a Member or Subscriber, you can’t see all of the content on this site. Get membership information to see why this site is best when you join and log in