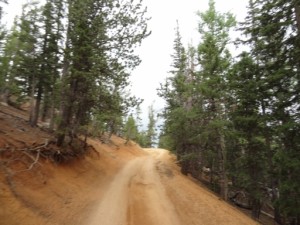 Led by Monica I.
We left Roger and Mike as they headed for home with Roger’s broken Jeep and the three remaining Jeeps headed up the trail. It was raining off and on but we found a dry trail. The clouds looked menacing so it probably wasn’t done. Frosty Park was nice and we…
Join Us!
If you aren’t a Member or Subscriber, you can’t see all of the content on this site. Get membership information to see why this site is best when you join and log in