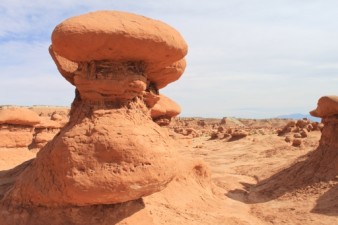 Led by Monica I.
None of us had been to Goblin Valley State Park and we were driving right by it, so we wanted to check it out on our way to Green River. There was a trail we could take between the highway and the park, so we aimed for it. Without the…
Join Us!
If you aren’t a Member or Subscriber, you can’t see all of the content on this site. Get membership information to see why this site is best when you join and log in