We knew that Jenny Creek had been rerouted out of the water in 2014, so we planned on checking it out and updating the site this year. We waited for the big snow drift to melt and then headed up to see it for ourselves. That meant a trip along the Moffat Tunnel Road, of course.

There was a lot of traffic on the trail, so we pulled off at the informational area to air down. There had been a lot of snow and rainfall since last summer, and the grasses were high. Even the creek was running high. It made everything very lush looking, and the sky was blue and clear. It looked like it was going to be a perfect day.

We got back on the road and still ended up in traffic. We made good time on the smooth road, heading through Tolland and by the yellow schoolhouse. We talked about how bummed we'd be if they ever stopped painting it yellow.

We went up Rollins Pass East to check out Jenny Creek, and then came back down to finish the Moffat Tunnel Road. There were lots of cars parked at the lot at the end, but it looked like the hikers were coming back to their cars. We hung out for a little while, just checking things out. The tunnel fans weren't on, so it was relatively quiet.

We finally left, and saw a train parked and waiting on the tracks. Then the commuter Amtrak went by and we felt lucky to time it just right. We waved and everyone was feeling good.

When we got back to the pavement, Julie left for home while the rest of us decided to keep doing trails. It was a great time! 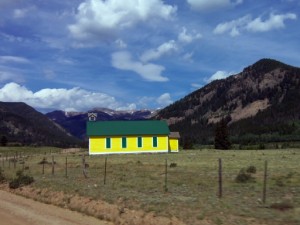 Led by Monica I.
We had been running the first part of this trail for a decade but we’d never taken it all the way out to the end. It was definitely time to check it out. We had a great brunch at the Stage Stop and aired down there in the parking lot….
Join Us!
If you aren’t a Member or Subscriber, you can’t see all of the content on this site. Get membership information to see why this site is best when you join and log in