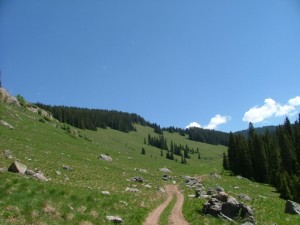 Led by Monica I.
This was the first time on Lime Creek for all of us, which was a surprise. We had been near it before on Shrine Pass but we had never taken the time to run Lime Creek. We were really glad that we did, because it was gorgeous. We started on…
Join Us!
If you aren’t a Member or Subscriber, you can’t see all of the content on this site. Get membership information to see why this site is best when you join and log in