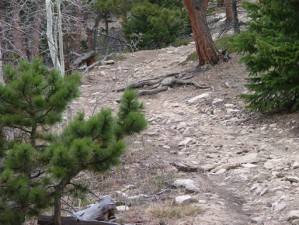 Led by Monica I.
We left Dave at the trailhead because he had to head for home, then we headed up. We went the wrong way at first, but we soon realized our mistake. When we found the brown Forest Service sign for 216 we knew we were headed in the right direction. The…
Join Us!
If you aren’t a Member or Subscriber, you can’t see all of the content on this site. Get membership information to see why this site is best when you join and log in