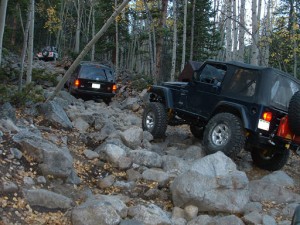 Led by Monica I.
Note that this run was before the Iron Chest trail was modified to allow access to mining vehicles. At the time, the trail was rated a 9 and was very difficult. We weren’t thinking clearly when we did this trail after Chinaman’s Gulch at dusk. It’s close to the Gulch,…
Join Us!
If you aren’t a Member or Subscriber, you can’t see all of the content on this site. Get membership information to see why this site is best when you join and log in