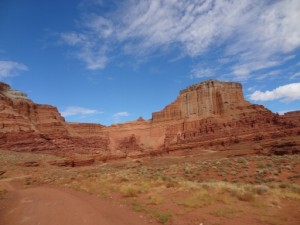 Led by Monica I.
We spent three days on the White Rim trail and enjoyed a night in Moab with running water and air conditioning, and then we headed off to see Canyonlands National Park at a different spot. The goal was Lockhart Basin, so we started with Hurrah Pass. There was quite a…
Join Us!
If you aren’t a Member or Subscriber, you can’t see all of the content on this site. Get membership information to see why this site is best when you join and log in