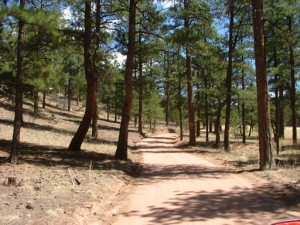 Led by Monica I.
We finished up Missouri Gulch at the trailhead for Hotel Gulch, so that was our next trail. We hoped to find another way up to Rampart Range Road from Highway 67, and this looked like it might be a good one. It was fairly straight, so it might be pretty…
Join Us!
If you aren’t a Member or Subscriber, you can’t see all of the content on this site. Get membership information to see why this site is best when you join and log in