This was a gorgeous trail with a little of everything. One of the obvious differences from so many trails is how clean and well-kept it was. It was tucked away past a very busy campground and we only saw a couple of vehicles.

Perry was supposed to join us but he had car troubles. It was probably a good thing because the trail was extremely narrow in many places with brush scratching against the sides of your vehicle (there was no way around them). There were a few water crossings, including the big one at the start of South Halfmoon Creek. We would have missed the turnoff but there was a truck in the trail so we pulled off in what we thought was a campsite but turned out to be the start of South Halfmoon. We got lucky! There were a lot of vehicles on North Halfmoon (including a BMW sedan) but hardly anyone on South Halfmoon.

The few rock obstacles were pretty cool but not seriously challenging. Once we got to Iron Mike Mine and the end of the trail it was very scenic. We stood and tried to take it all in but Mount Elbert is huge from that valley floor. It's hard to comprehend and even grasp how big it is.

We left the trail and took Independence Pass to Snowmass where we were staying. It was a great day! 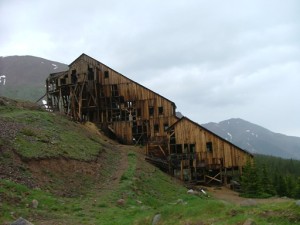 Led by Monica I.
We started our day with a trip to Hagerman Pass, but we were turned away well before the pass by a very big snow drift. It’ll be awhile before that trail is passable with a 4×4 vehicle. The views were gorgeous, though, and it was a good start to the…
Join Us!
If you aren’t a Member or Subscriber, you can’t see all of the content on this site. Get membership information to see why this site is best when you join and log in