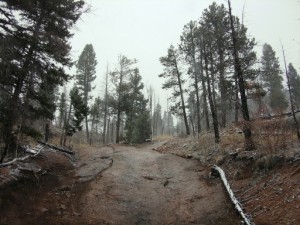 Led by Mike S.
Hackett Gulch was the third and final trail for us this weekend. It was getting late in the afternoon when we reached the trailhead and it was beginning to snow in earnest. We stopped to read the signs proclaiming Hackett Gulch to be "Rated Most Difficult." This, in conjunction with…
Join Us!
If you aren’t a Member or Subscriber, you can’t see all of the content on this site. Get membership information to see why this site is best when you join and log in