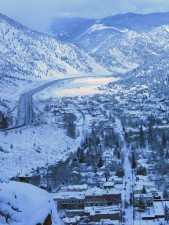 Led by Bob S.
After finishing the Georgetown Ice Races, Bob decided to take the "scenic" route home and took Guanella Pass across to Highway 285 to go home. He wasn’t sure how much snow would be on the trail, but figured if it got too deep, he’d just turn around. Since he was…
Join Us!
If you aren’t a Member or Subscriber, you can’t see all of the content on this site. Get membership information to see why this site is best when you join and log in