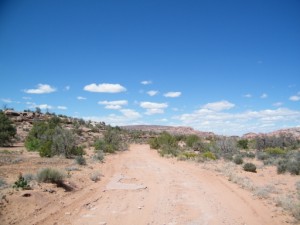 Led by Monica I.
It had been almost seven years since we had been to the Gemini Bridges and we had heard that a lot had changed. The last time we were there we could drive up to the bridges, and we heard that some people were even driving across them. We knew that…
Join Us!
If you aren’t a Member or Subscriber, you can’t see all of the content on this site. Get membership information to see why this site is best when you join and log in