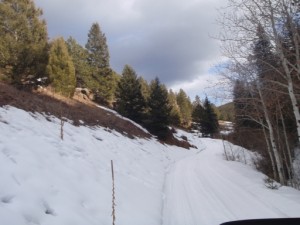 Led by Matt K.
We found more and more snow the closer we got to Rampart Range Road. The Fern Creek trail was a blast up near the top of the trail with all the snow! You had to just keep moving most of the time. If you stopped, it was hard to get…
Join Us!
If you aren’t a Member or Subscriber, you can’t see all of the content on this site. Get membership information to see why this site is best when you join and log in