We managed to get to China Wall with plenty of light left in the day. Even though it was the end of June, we still found a lot of snow on and around the trail. It wasn't too deep, though, so it just made the trail more fun. In some places, the snow got halfway up our tires, so it was slow going at times.

When we came to the first pile of rocks, Matt and Steve played around for a few minutes. The snow kept it interesting.

The tippy section was even more interesting with the snow on it. It was fun sliding around as we worked our way through the obstacle.

We didn't play on the rock slab at all. There was just too much snow. We kept going and headed down the steep hill towards the campground area. We took forest service road 412 on the way out.

This was a great way to wrap up our day of wheeling, and we all headed back to the Colorado Springs area. 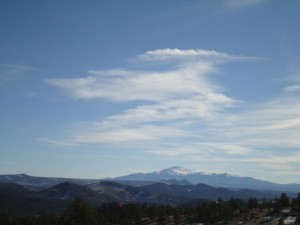